New middle school, YMCA at 15-acre site, which has sat vacant for over a decade, was formerly home to Riviera Middle School.
Total
0
Shares
0
6
0
0
0

Checking on the progress of the new Middle School and YMCA on 62nd Ave.

The 15-acre site, which has sat vacant for over a decade, was formerly home to Riviera Middle School. The district closed the school in 2008 because of budget cuts and declining enrollment and razed the building in 2010 because it was in such bad shape.

The Pinellas County School Board, which owns the land, has proposed to construct a 111,757 square foot two-story building to be shared by a new middle school and YMCA. Two smaller buildings, a pool equipment building and an energy plant, will also be constructed.

The new campus will include a pool, splash pad, and playground on the west side of the property. A garden and a sports field will be located on the east side.

St. Pete-based Wannemacher Jensen and Harvard Jolly are joint architects on the project.

“This school shows how public and private institutions can collaborate for a better education,” said Jason Jensen, President and CEO of Wannemacher Jensen. “By combining a YMCA and a middle school we are creating a health and wellness focused school with access to a full gymnasium, track, nutrition lab, a pool, and after school care. This is a progressive model for education that we hope sets precedent for future collaborations.”

The idea behind having the middle school and YMCA in one facility is to reduce the impact of having two separate facilities. Children will be able to go to school during the day and then participate in YMCA activities at night without having to be driven to another facility.

Approximately 48% of the main building will swing between the middle school and the YMCA. The YMCA will utilize 43,000 square feet of the building, including the media center, dining hall, gymnasium, family science lab, pool, sports field, and garden.

The school will serve up to 600 students, which is on the smaller side for middle schools in Pinellas County. The main building will contain 15 classrooms, 1 art room, 1 family science lab, 1 music room, and 4 Exceptional Student Education (ESE) rooms for students with disabilities. There will also be a media center, dining room, gymnasium, and offices.

According to plans submitted to the city, the campus will also include 325 parking spaces including 12 handicap spaces, which is more parking than required by city zoning regulations.

Additionally, the site plan shows an area for future expansion, but no details are currently available.

At the meeting last Wednesday, a few residents expressed concerns about increased traffic through nearby neighborhoods. However, City staff has reviewed the concerns and generally feel the site is well designed and adequate but will consider traffic calming measures to reduce cut-through traffic and speeds if necessary.

Despite the concerns, the Commission unanimously voted to approve the project.

“It’s a terrific project. It’s so nice to not see a housing development going in there and something the whole community can use,” said DRC Commissioner Michael Kiernan. “I’m strongly in favor of this. I appreciate the concerns, but I think it’s a home run.”

Tim Clemmons, Chairman of the Development Review Commission, echoed Kiernan’s sentiment. “I think the YMCA will be a great benefit to the neighborhood. I’m a strong supporter of the project.”

The Development Review Commission’s unanimous approval will now go before a City Council vote in the coming months. The project is expected to break ground in May 2022 with a completion in late 2023.

Representing just the second partnership of its kind in Florida, Pinellas County Schools (PCS) and the YMCA of Greater St. Petersburg have officially broken ground on a health and wellness leadership magnet school.

Tuesday’s ceremony represented the first step in the transformation process for 19 acres of vacant property in north St. Pete. Located off 62nd Avenue NE and Pershing Street NE, the site has laid dormant for nearly 15 years since the old Riviera Middle School closed in 2008.

The grass and weeds will soon give way to a 111,757 square-foot complex which includes a magnet middle school for 600 students and a state-of-the-art YMCA facility. Clint Herbic, associate superintendent of operational services for PCS, told a large crowd of what he called “the movers and shakers of St. Petersburg” that the dream to construct a joint middle school and YMCA was born at the very spot in 2015.

“Today marks the first step in the final leg of the journey that will transform this school district, the YMCA and this neighborhood,” said Herbic. “And St. Petersburg.”

Herbic said the school district received “countless offers” from people hoping to purchase the vacant land over the last 15 years, and he politely declined them all. David Jezek, president and CEO of the YMCA of greater St. Petersburg, approached PCS with a plan for a joint school and YMCA in 2015.

The joint venture, said Herbic, allows the two organizations to leverage funding and build a facility that neither could create alone. He added that it takes strong leadership to encourage creativity and foster bold ideas, exemplified by the YMCA’s board of directors.

Billy Greene, chair of the YMCA’s board, said the ceremony was not just a celebration of two great local institutions but also of the future of St. Petersburg.

“And all the possibilities when educational, philanthropic and community organizations team up to best serve the community,” said Greene. “I hope other organizations are taking notice of what can be achieved when you collaborate and work together to put the needs of the community first.”

St. Petersburg City Council Vice Chair Brandi Gabbard, whose District 2 encompasses the future of home of the magnet school and YMCA, called the collaborative project the best public-private partnership the city has seen in a long time.

As a mother of a son heading into middle school this fall, Gabbard said, she knows firsthand the community’s need for the project as parents usher their children into one of the most challenging and formative times in their life. She added that the resources provided by the facility will prove invaluable to its neighbors, and “healthy communities are more vibrant communities.”

PCS will incorporate the health and wellness leadership theme through all of the middle school’s curriculum. Students will also participate in a Capstone experience where they apply what they learned to develop a solution or action plan that addresses a community need or problem.

“I am confident that this will serve as a flagship for how we move forward in the future in a fast-growing city,” said Gabbard. “And how we will serve as an example to other communities of how working together makes progress move forward.”

Gabbard noted that change is sometimes difficult and commended residents for passionately fighting to ensure the development coincides with the area’s tranquility. She said the one thing everyone involved shared in common was realizing that the neighborhood desperately needed the community asset.

“That day that we gave that final approval at city council is one of those rare days when everybody won,” she added. “It gave me great pride to see that level of collaboration and involvement play out so perfectly, and right here in the district that I love so much.”

The YMCA will feature a fitness center with cardio and strength equipment, three group exercise studios, a childcare center, a lap pool, a splash pad and a playground. Both facilities will share a media center, dining hall, gymnasium, science lab, sports field and garden.

Jezek announced his organization is naming its building the Speer YMCA in honor of the Speer Foundation’s significant contributions.

A rendering of the proposed YMCA and middle school. All images: City of St.Petersburg documents/Harvard Jolly Architecture

“Their support has deep roots with our YMCA … and they were instrumental in allowing us to open the Speer YMCA Preschool Academy in South St. Pete,” said Jezek. “You’re among the first to hear the news – thrilling news – that the Speer Foundation has once again invested in our YMCA and invested in our community.”

Lisa Speer Vickers, speaking on behalf of the foundation, said her family has a special interest in the neighborhood, having raised her children just down the street from the site.

“We know firsthand how special of a place this is to live and raise a family,” said Vickers. “Neighbors of all ages will benefit from the excellence in learning and programming that will be found here every day.

“My family and I are confident that you will be very conscientious stewards of what promises to be a precious resource for generations to come.”

Construction on the project will begin immediately, with St. Pete-based Wannemacher Jensen and Harvard Jolly serving as the joint architects. Creative Contractors will oversee the building process.

Officials expect the YMCA to open by the end of 2023, with the school opening at the start of the 2024-2025 school year. PCS will name the school ahead of its opening date.

Read More
Although the movement on the project to build a 67,000-square-foot driving range at 220 Carillon Dr. N. seems to have gone radio silent, the project is still moving forward. Topgolf’s website states the golf entertainment complex is “coming soon” but does not state an exact timeline.
Read More
0
0
0 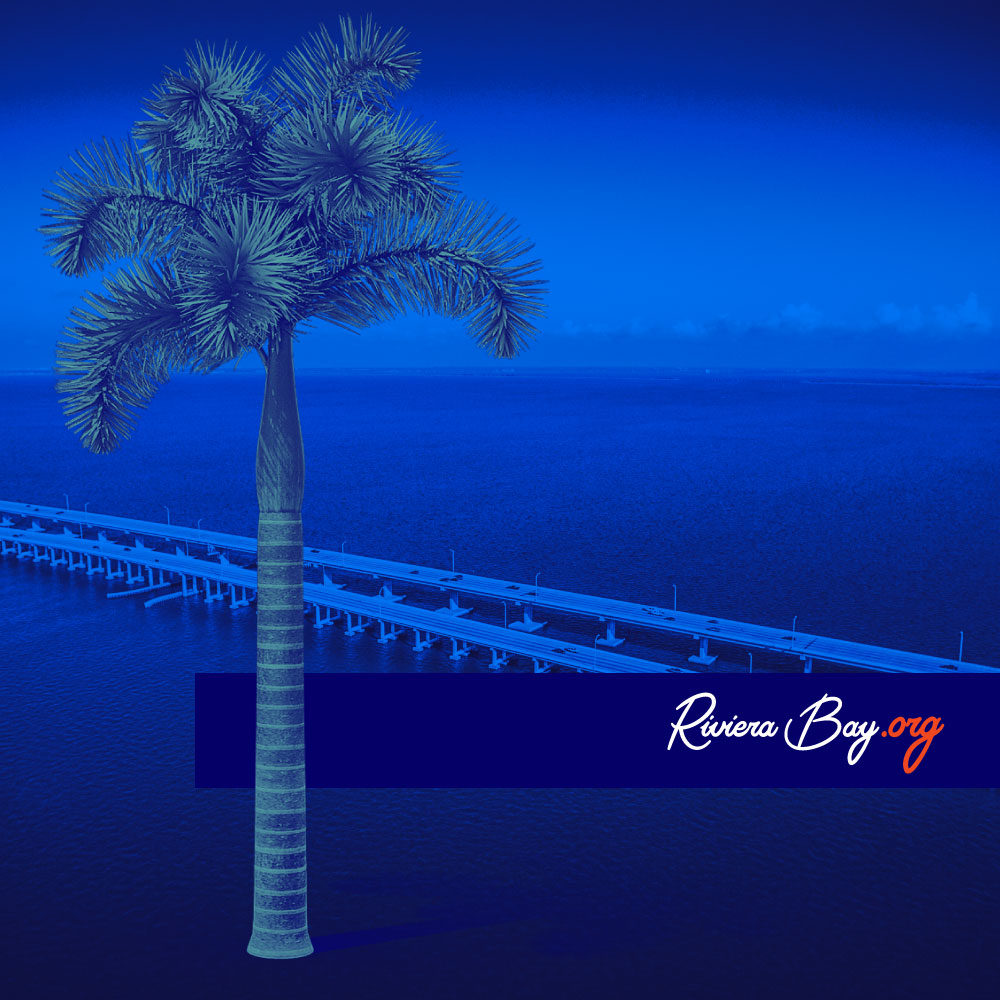 Howard Frankland Bridge is coming along