History of the Gasparilla Bowl

Florida football snuck into a bowl bid with a home win over the Florida State Seminoles on the final game of the 2021 regular season. In a year that many had hoped to see the Orange and Blue in the College Football Playoff, or at least in a fourth-straight New Year’s Six game, instead, the Gators find themselves in a lower-tier consolation game — the Gasparilla Bowl against the Central Florida Knights.
Total
0
Shares
0
0
0
0
0

Florida football snuck into a bowl bid with a home win over the Florida State Seminoles on the final game of the 2021 regular season. In a year that many had hoped to see the Orange and Blue in the College Football Playoff, or at least in a fourth-straight New Year’s Six game, instead, the Gators find themselves in a lower-tier consolation game — the Gasparilla Bowl against the Central Florida Knights.

This will be the first time UF has played in the Tampa Bay area game while UCF has made four prior appearances — tied with the Marshall Thundering Herd for most in the bowl series’ history. While Florida has little direct history in the bowl game formerly known as the magicJack Bowl, the St. Petersburgh Bowl (and a brief stint as the Bitcoin St. Petersburg Bowl in 2014), as well as the Beef O’Brady’s Bowl before taking on its current title, there are still many ties to Gainesville and the state over the years.https://widgets.thescore.com/embeds/42997d73-72dc-44f6-9638-52d4fc60df4f/B817FF24B72B95F4BE3E70D614A7A418

Take a look below at the full history of the game, which has been played both at Tropicana Field in St. Petersburgh as well as Raymond James Stadium in Tampa. Note that the 2020 iteration, which was scheduled to be called the Union Home Mortgage Gasparilla Bowl, was canceled due to the COVID pandemic. 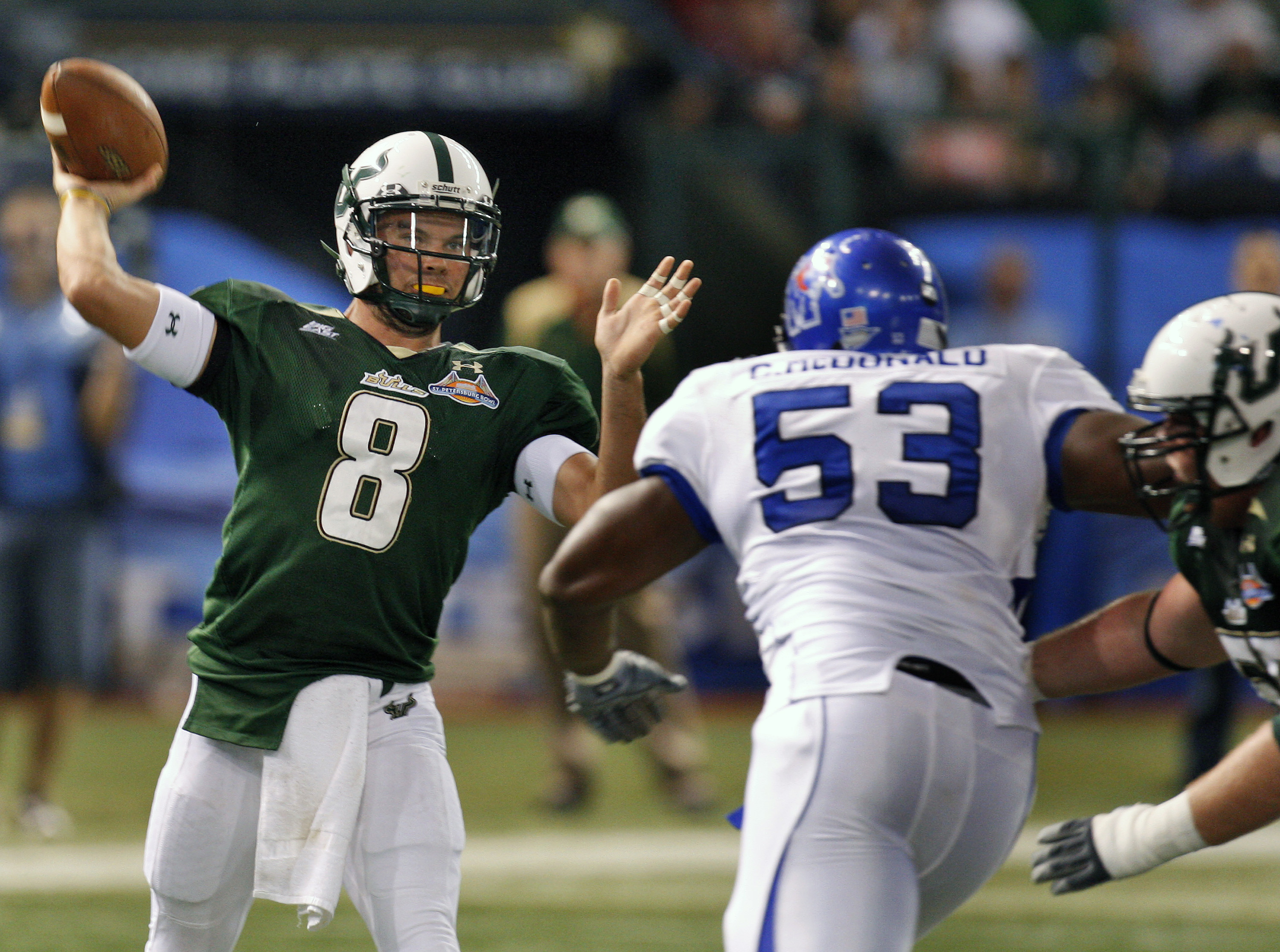 Notes: The Bulls defended its hometown grounds in the inaugural game of this bowl series, a year after their magical run in the college football regular season. 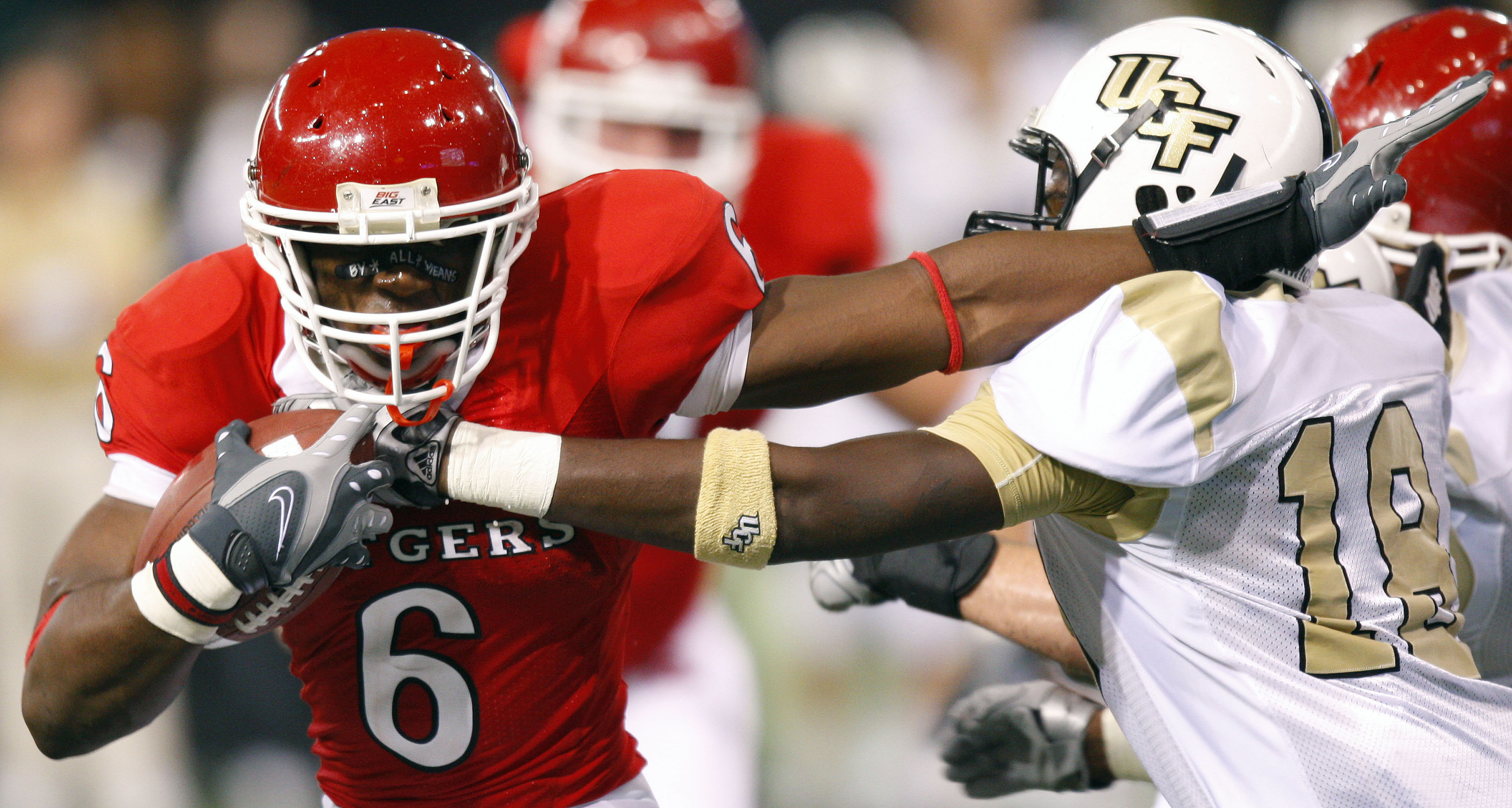 Notes: Another in-state team competed in this bowl game in 2009, except the (formerly Golden) Knights could not fend off the Scarlet Knights, losing the first of their four appearances. 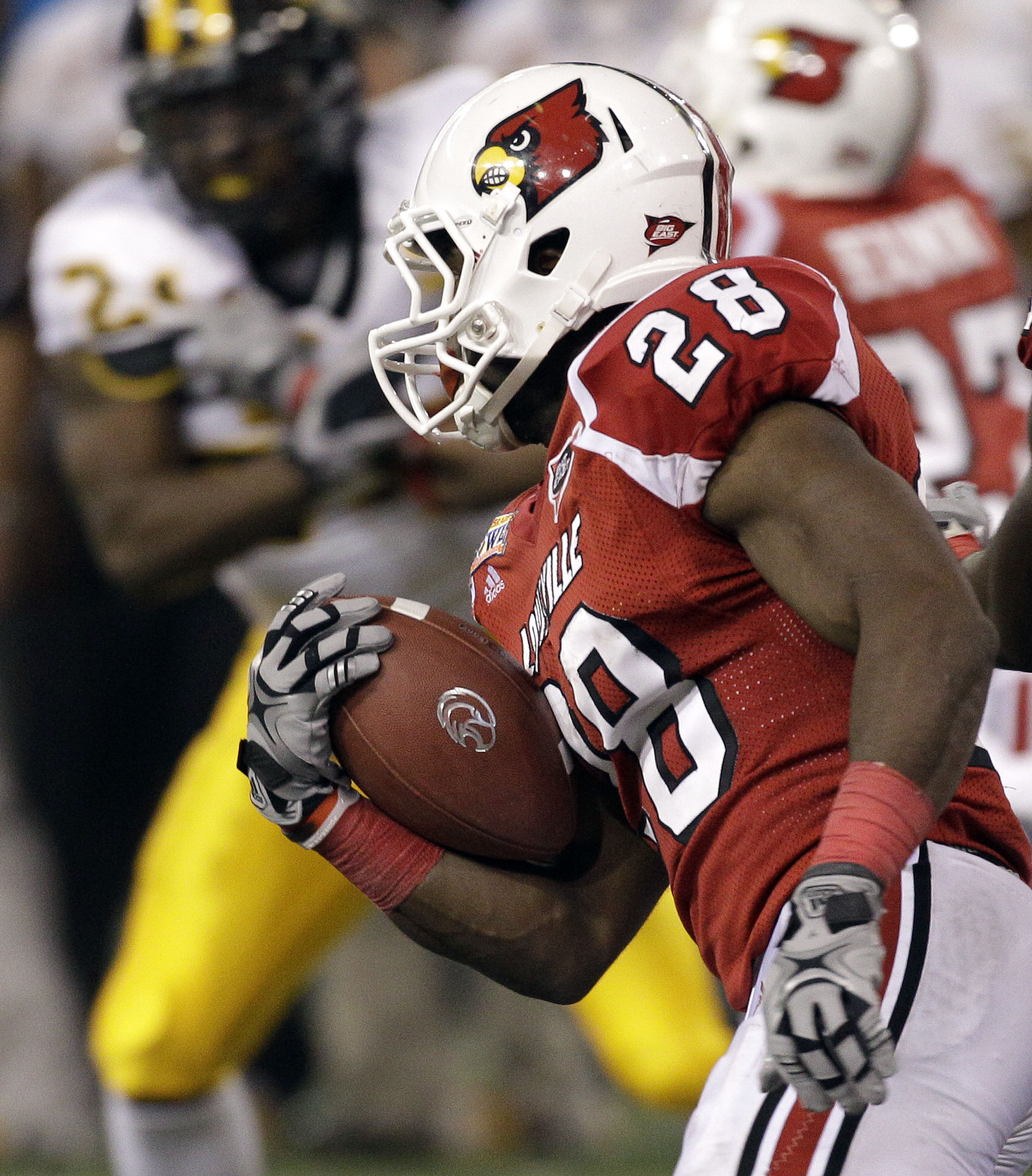 Notes: Former Gators defensive coordinator Charlie Strong makes his first of two appearances in this bowl game, taking home a win as the Cardinals’ head coach. Also note that Larry Fedora is a pretty cool name, one of a couple on this list. 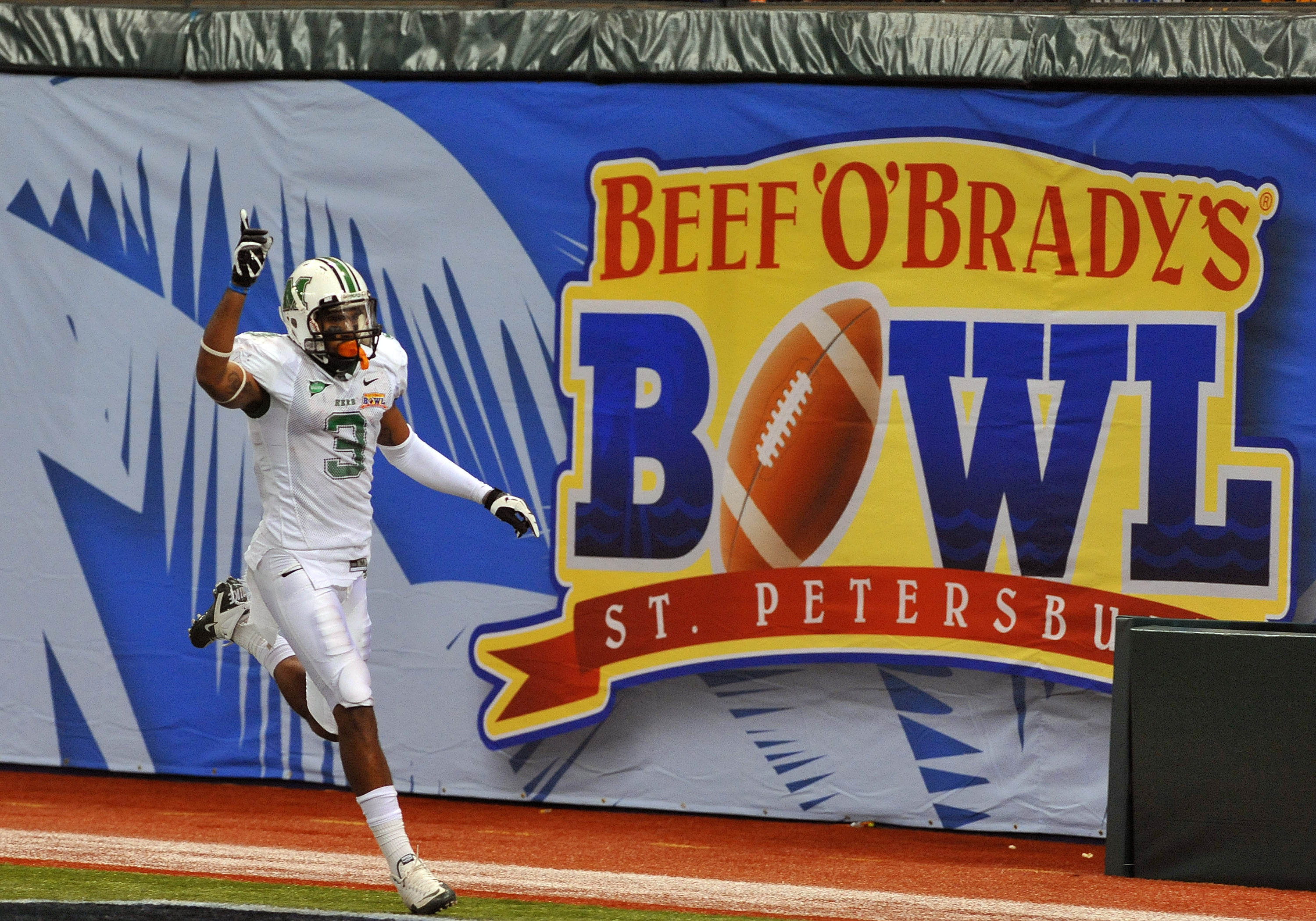 Notes: The losing coach in this game has been a big name in the news lately after leading Oregon‘s program to prominence and now appearing to head to Coral Gables to coach the Hurricanes. Also, Doc Holliday — who we will see again — is the other sweet name on the list. 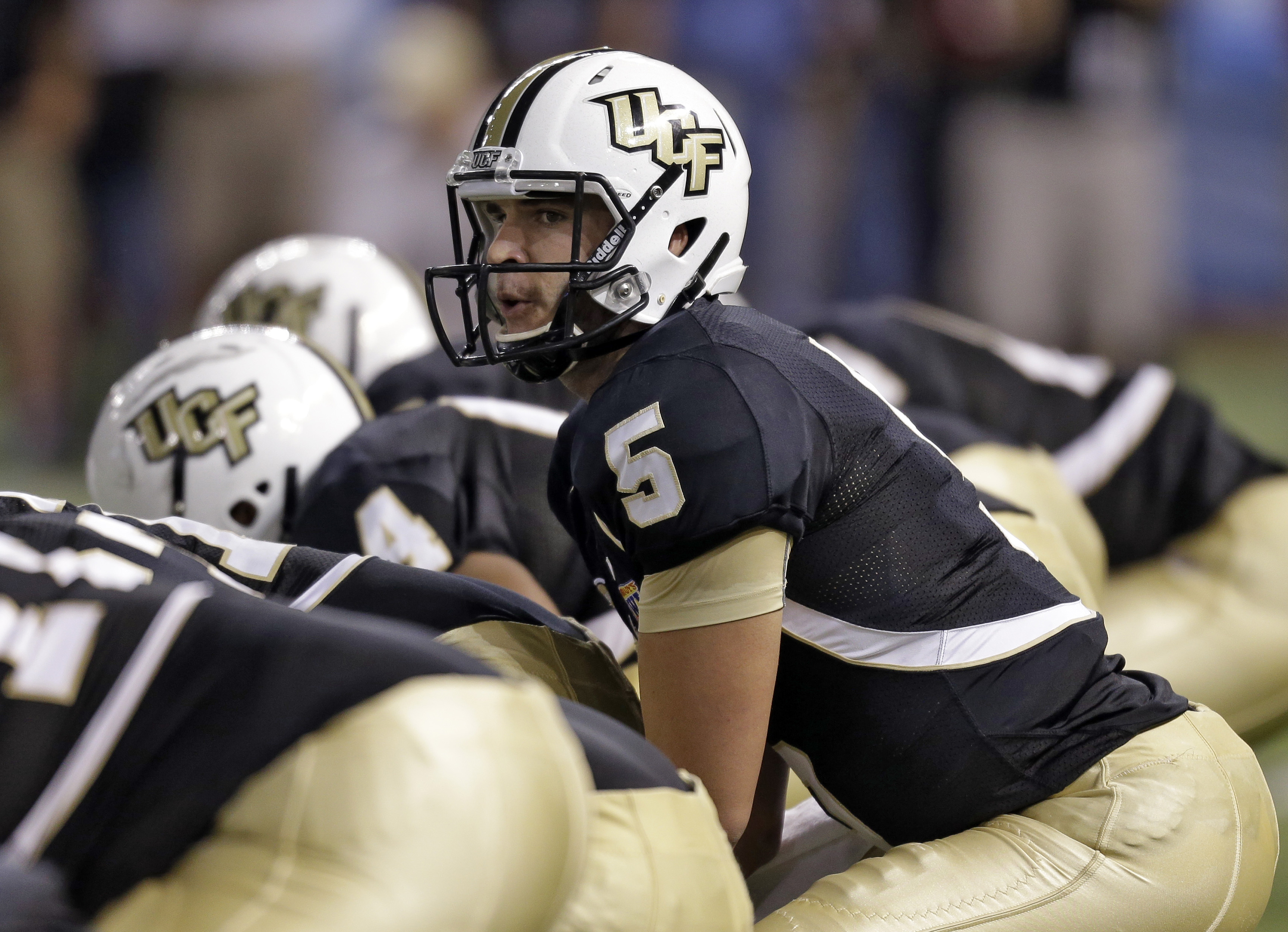 Notes: UCF evens its record in the bowl series with a win behind who else but Blake Bortles to close the Knights’ final season in Conference USA.https://a67f77e77e673f432a423c2df4d39d07.safeframe.googlesyndication.com/safeframe/1-0-38/html/container.html 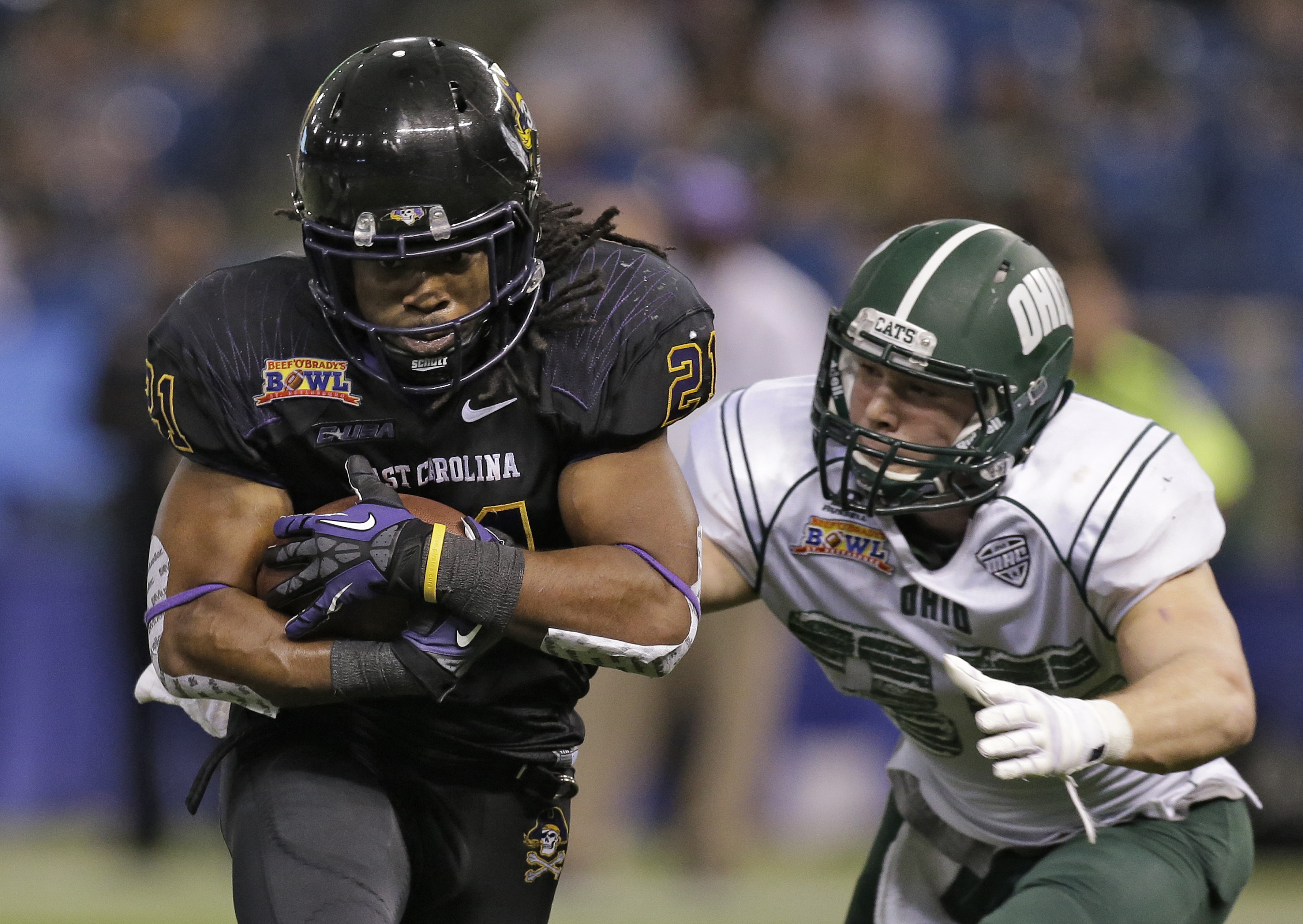 Notes: This edition represents just the second time the bowl game did not include any Florida teams while also lacking any direct connection to the Gators. It is also the final year of Beef O’Brady’s sponsorship. 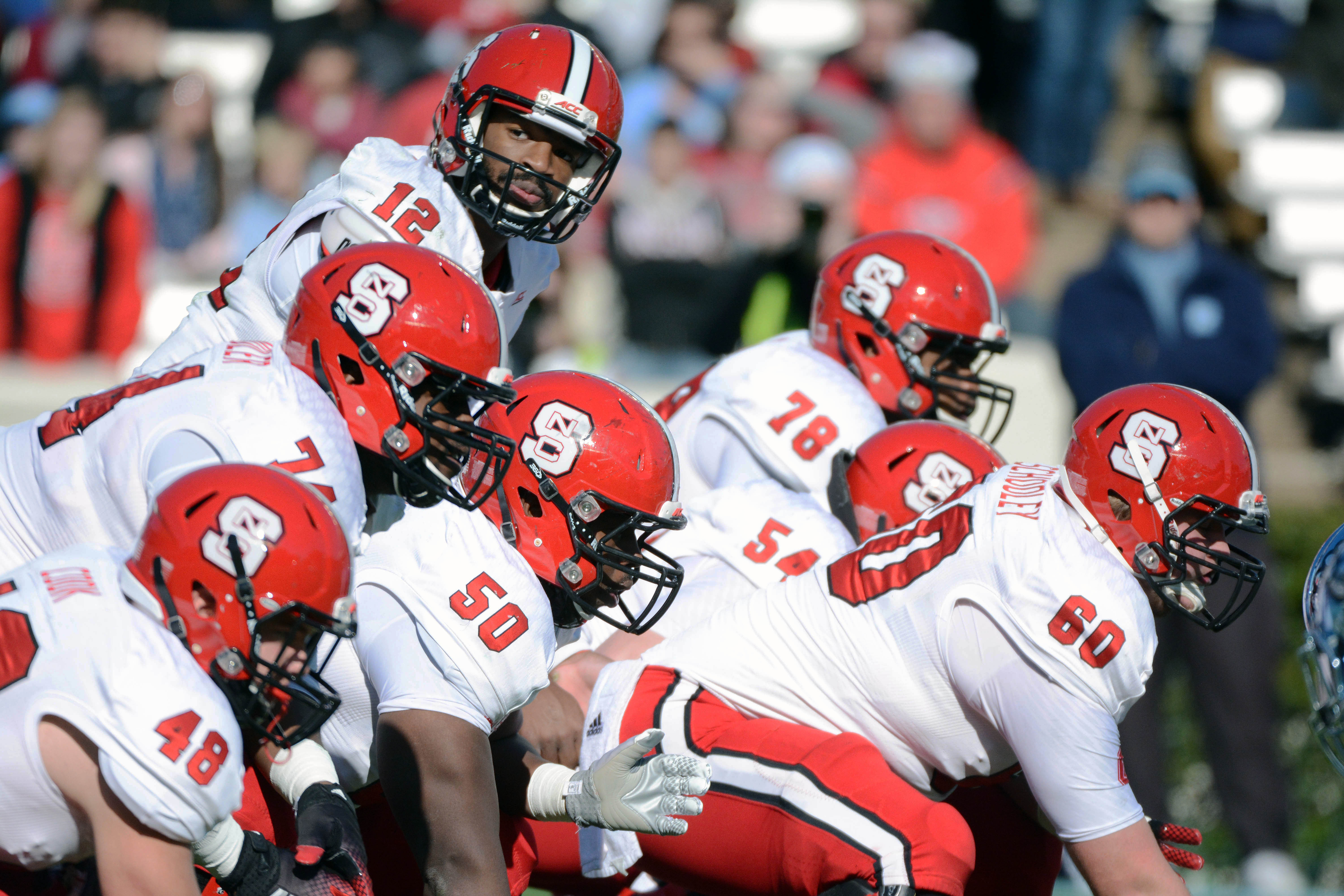 Notes: Former Gators quarterback Jacoby Brissett earned an MVP award for his performance for NC State in this one. Meanwhile, the Knights dropped to 1-2 in the bowl series, with one remaining until the present day. 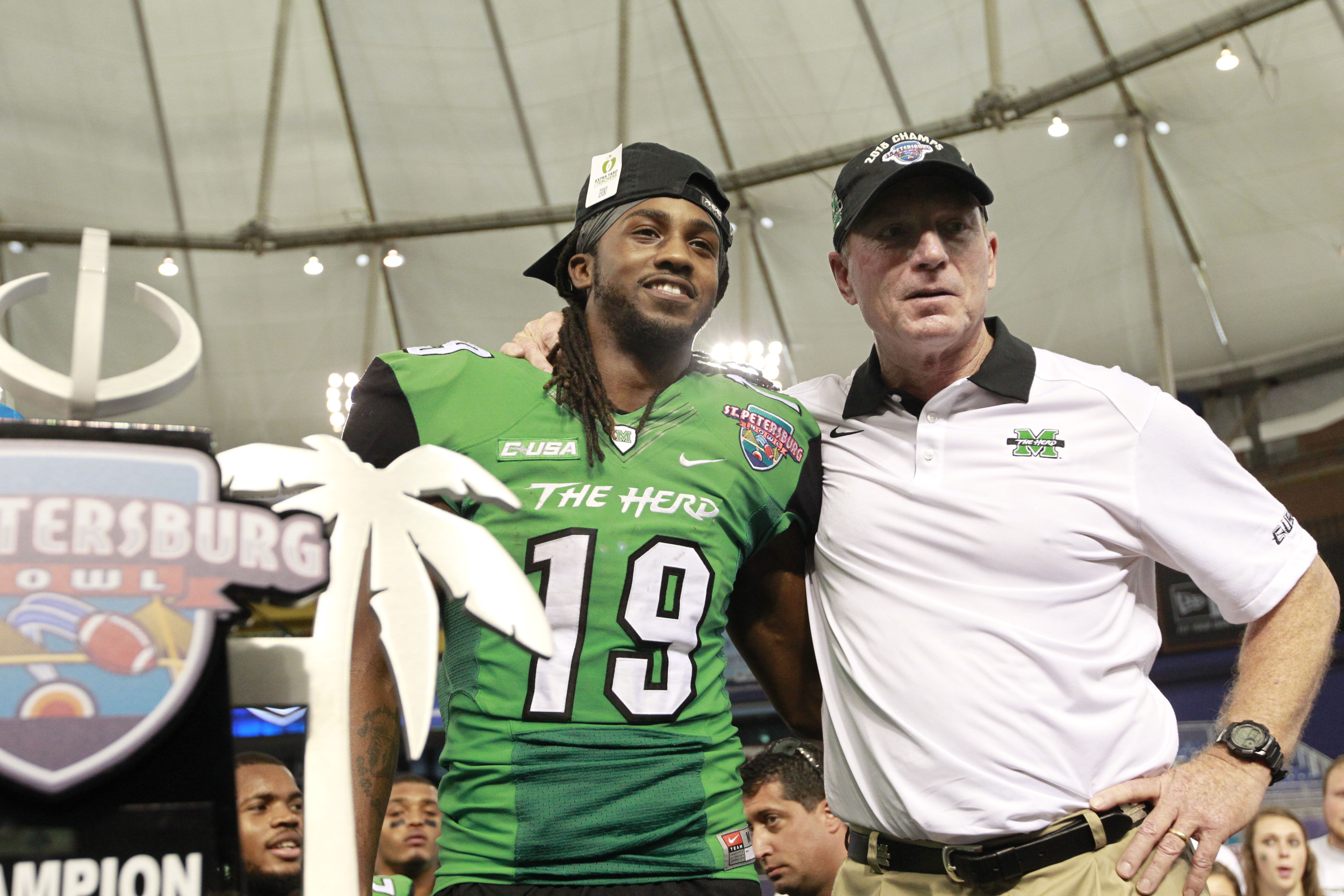 Notes: There is good ol’ Doc Holliday again, winning his second of four total appearances with the Thundering Herd. We will see his name twice more before the end of this list.https://a67f77e77e673f432a423c2df4d39d07.safeframe.googlesyndication.com/safeframe/1-0-38/html/container.html 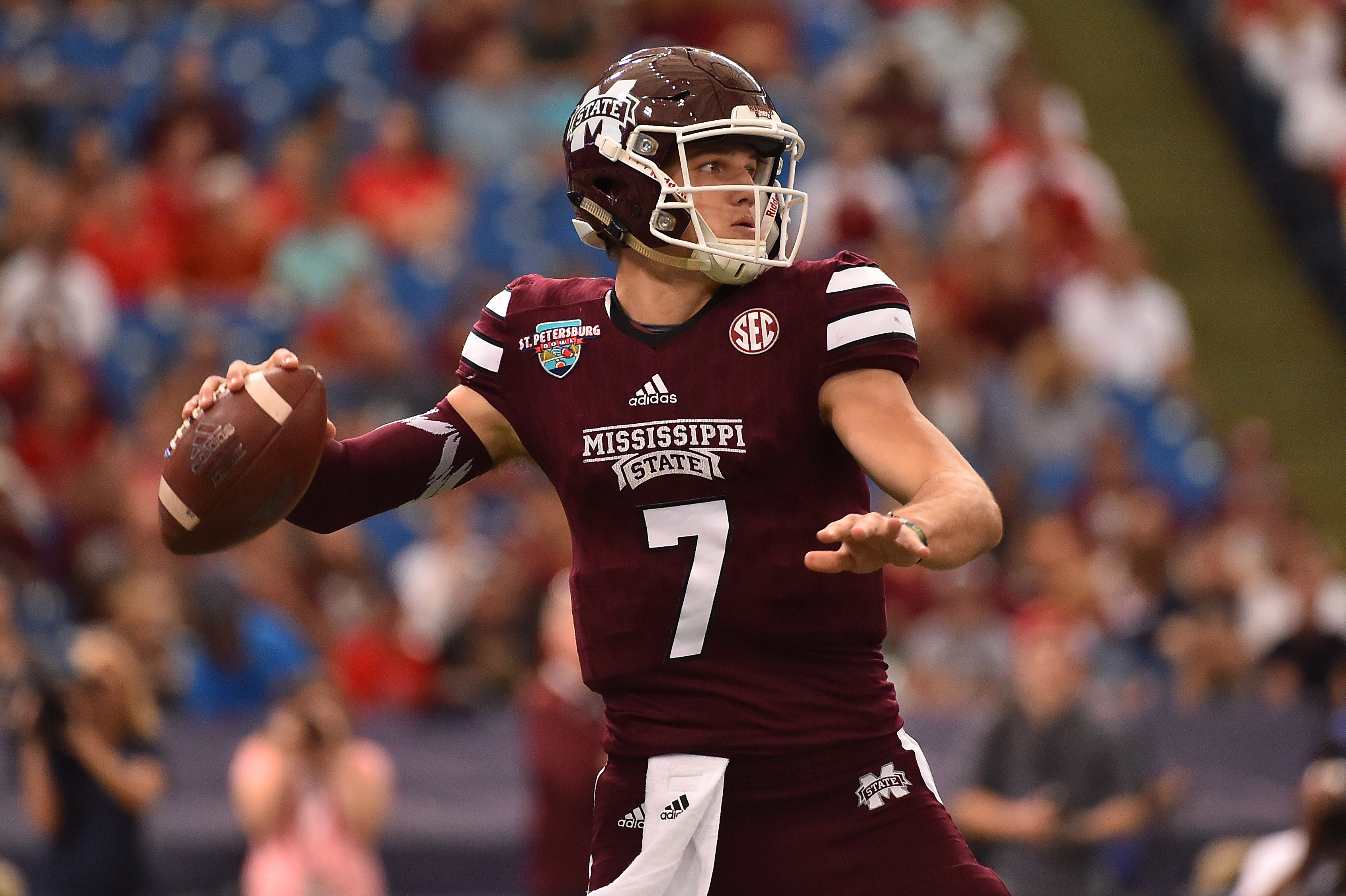 Notes: Sound the old friend alert alarm again, because this year saw soon-to-be-and-now-former Florida head coach Dan Mullen eke a win over Miami of Ohio by a single point. One might squint at this and call it foreshadowing. 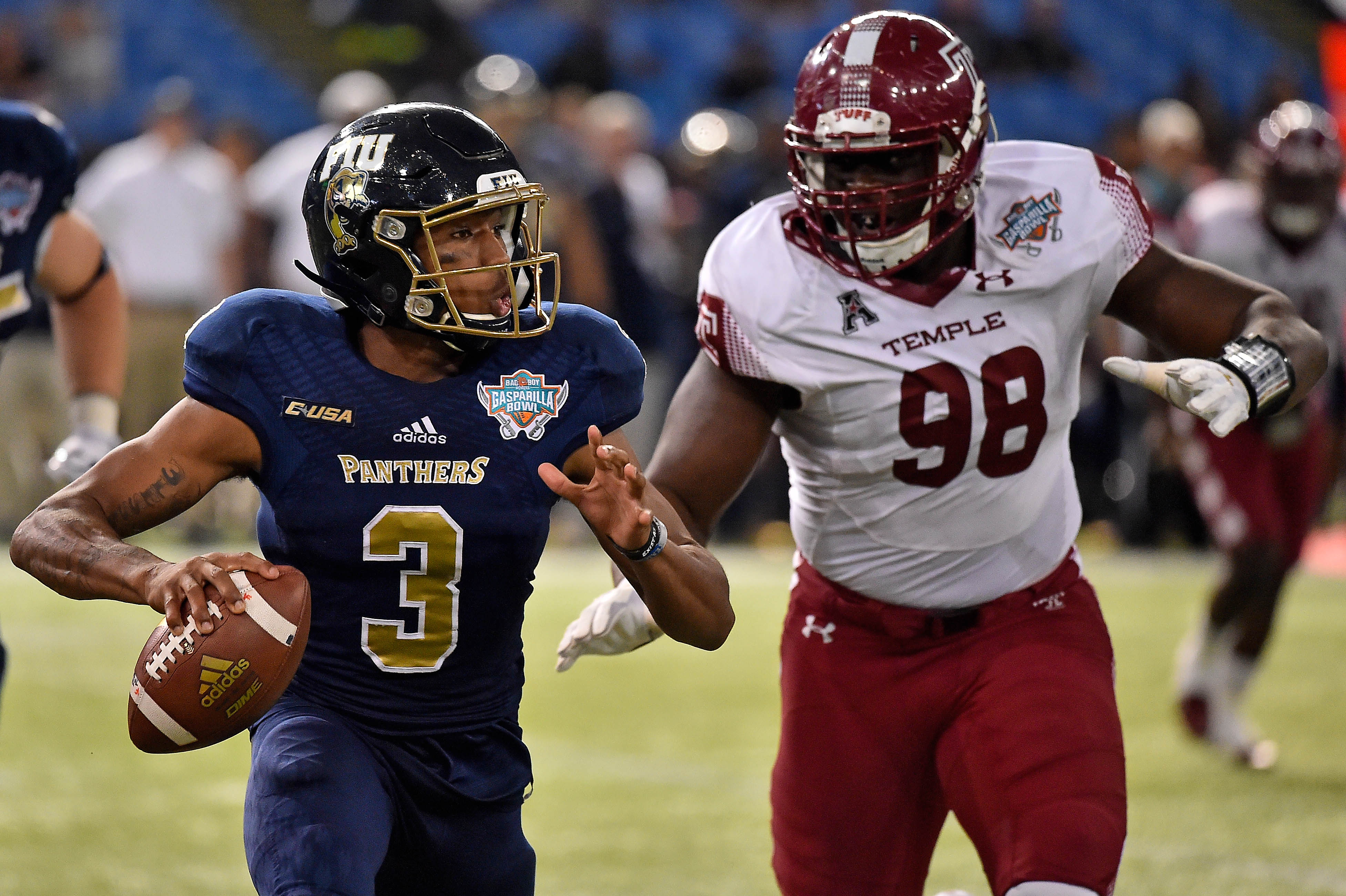 Notes: The Panthers drop the second of their two appearances in this bowl, this time with another familiar name on the sideline — Butch Davis. This is also the year that the game takes on its most recent title. 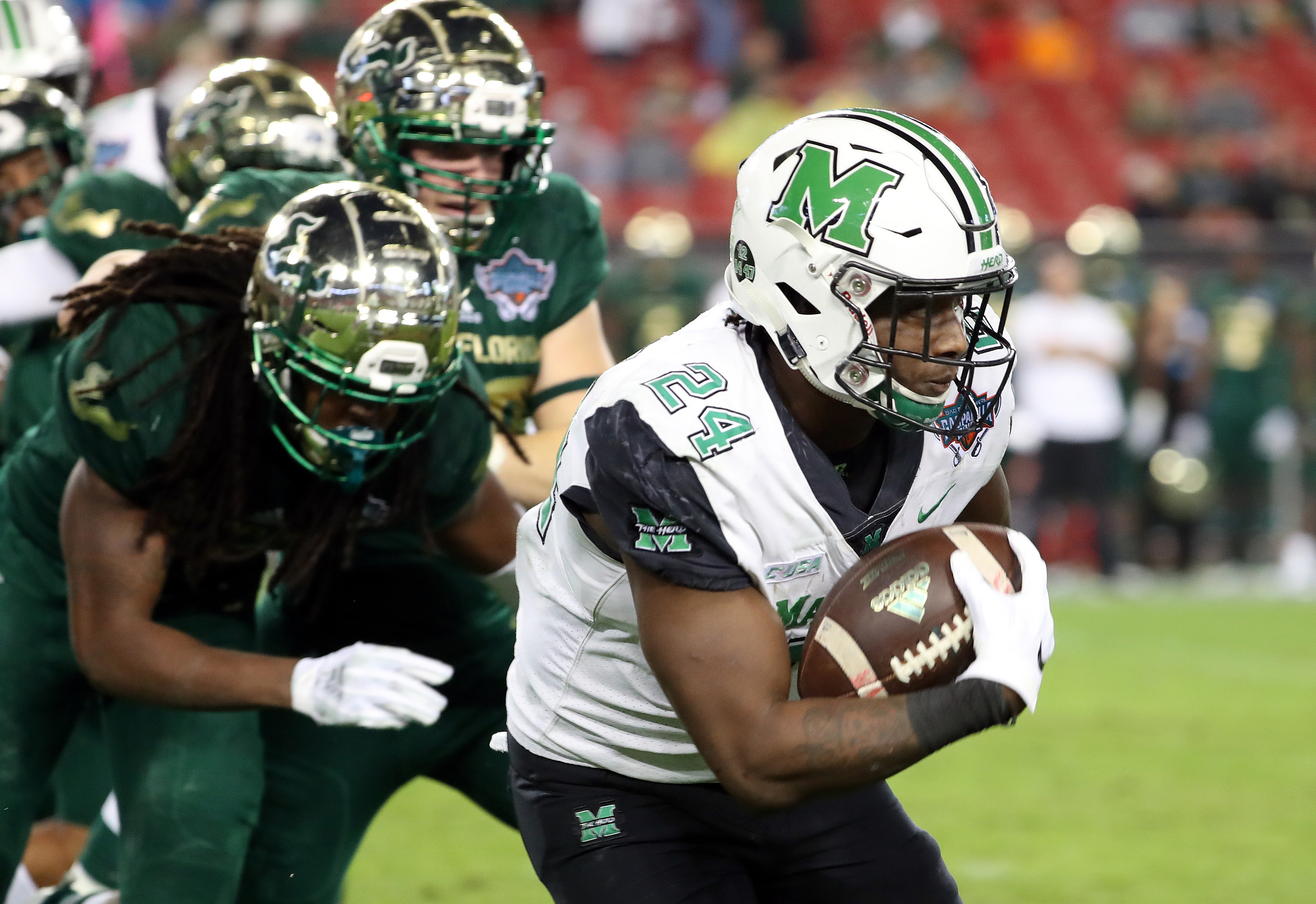 Notes: Marshall won the bovine battle against the Bulls this year behind ol’ Doc Holliday again, dropping USF to an even 1-1 record in the bowl series. Former Gator Charlie Strong takes the loss as South Florida’s head coach, also giving him the same record. 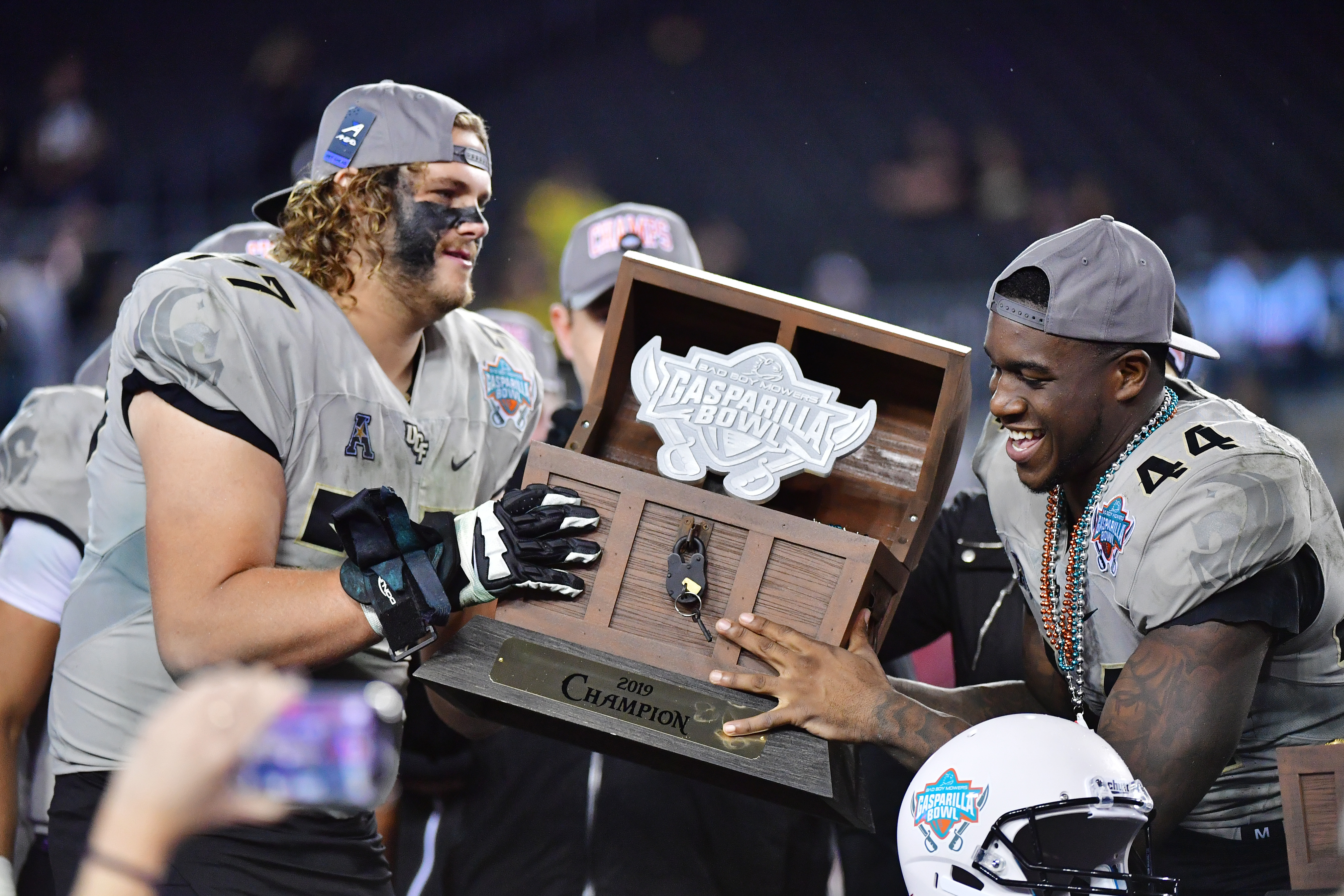 Notes: The Knights stood their ground against the Thundering Herd, defending their state turf and sending Doc Holliday home with his only loss in the bowl series for Marshall. UCF coach Josh Heupel would go on to take the head coaching job at Tennessee a couple of years later.

Read More
Although the movement on the project to build a 67,000-square-foot driving range at 220 Carillon Dr. N. seems to have gone radio silent, the project is still moving forward. Topgolf’s website states the golf entertainment complex is “coming soon” but does not state an exact timeline.
Read More
1
0
0